The success continues to build as Miami-Dade County Public Schools grade 4 math scores on the National Assessment of Educational Progress (NAEP) rose once again in 2017. 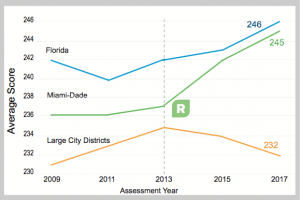 Between 2009 and 2013, Miami-Dade’s grade 4 math scores on the NAEP remained relatively unchanged. In 2013, Miami-Dade purchased ExploreLearning Reflex for all their elementary schools.

After using Reflex, Miami-Dade student scores went up across all areas, with several scores showing more than a 3-point gain – including Measurement, and Properties and Operations.

Find out more about the 2015 NAEP scores here. 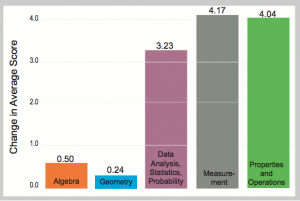 How to Introduce Students to Engineering

Sign up to get the latest updates from ExploreLearning via occasional email.